Iron plays an extremely important role in the body when transporting oxygen in the blood as well as when building muscle and with the metabolism. So, iron is critically important for achieving optimal athletic performance. You will find this mineral in your daily diet, especially in meat, fish, potatoes, grains and legumes. It is important to distinguish between haem iron in animal products and non-haem iron in plant products. For example, the iron in meat and fish can be relatively easily absorbed by the body, whereas the absorption of iron from plant products is quite limited.

An iron deficiency is one of the most common deficiencies in the population and especially with athletes. The recommended daily allowance (RDA) of iron is set at 8–11 mg for men and 15–18 mg for women. As vegetarians only consume poorly-absorbable, non-haem iron from plant products, the RDA is considerably higher (15 mg for men and 33 mg for women). In particular, (young) female athletes, distance runners, and vegetarians do not meet this RDA due to the increased need for iron and/or poor absorption of iron. Athletes that often use an anti-inflammatory (such as ibuprofen) are also more likely to have an iron deficiency due to minor bleeding in the intestine. This makes these athletes the most at-risk group for an iron deficiency. So, in every training programme, it is critical that a blood sample is taken to check the iron status.

A severe iron deficiency leads to anaemia, a situation that is not only bad for athletic performance, but also for your overall health. Many scientific indicators, however, put it stronger still: that even a much smaller iron deficiency can lead to a significant reduction in performance, in particular, with endurance sports athletes. For example, athletes with a minor deficiency will feel tired more quickly. This results in not being able to train as intensively or for as long. In such cases, science clearly shows that athletes will benefit from an iron supplement. For example, various studies show that increased absorption of iron by people with an iron deficiency improves endurance performance, maximum physical effort and running efficiency.

6d IRON FERROCHEL® helps athletes with an iron deficiency improve their iron status and stimulate athletic performance. The supplement contains iron in the form of ferrous bisglycinate. This is a very high-quality vegan form of iron. 1, 2 A variety of scientific studies show that the FERROCHEL® formula is especially well absorbed by the body. It is absorbed much better than other commonly used supplements containing iron salts.

Moreover, there are scientific indications that this specific FERROCHEL® form of iron inhibits the absorption of other (unwanted) nutrients. In addition, the risk of side effects due to the high-quality ingredients is kept to a minimum.2-5

In brief, 6d IRON FERROCHEL® is an ideal supplement for athletes who regularly suffer from an iron deficiency, such as (young) female athletes, endurance sports athletes and vegetarians.

Take one capsule each day or the amount advised by your health practitioner. Ingest on an empty stomach. Avoid taking together with coffee, tea or milk products. It is recommended to take the supplement with a meal if mild digestive problems occur. 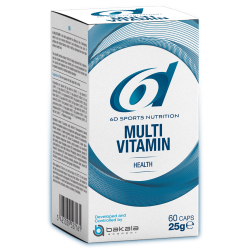 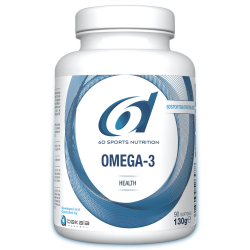 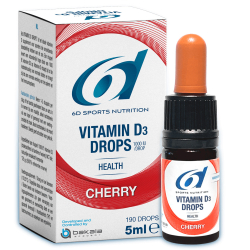 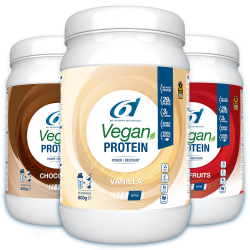